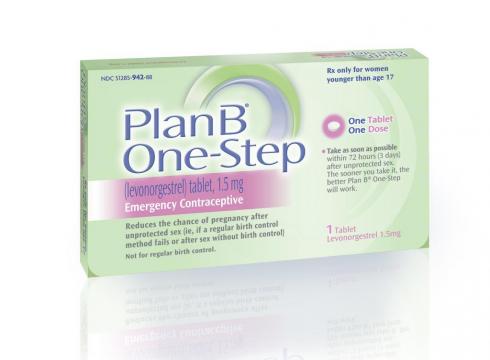 Vending machines are nothing new to college campuses. Even things such as aspirin, ibuprofen, and energy shots have been found next to soda, water, chips, and candy bars in vending machines across America. One college in Pennsylvania is kicking it up a notch by not only putting condoms and pregnancy tests into a vending machine, but putting Plan B right next to them.

Although Shippensburg University has been allowing this for over two years, it has recently become a source of confusion and outrage for people who have just found out about the vending machine and has the FDA looking into it. There are mixed reactions about the allowance of the pill to be available without going to the pharmacy. According to the Plan B website, Plan B is a one-pill backup plan that allows the risk of pregnancy to drop by as much as 89% if taken within the first 72 hours after sex. It works more effectively the faster you use it (the website states that less than 24 hours after unprotected sex is most effective) and the pill is used for backup in case of birth control failure or if birth control wasn’t used originally. Plan B doesn’t work if you are already pregnant and is not the abortion pill. It is legal to receive without a prescription as long as the patient is 17 or older, although it is usually only available through a pharmacy.

The school gets the pill through their pharmaceutical company and allows the students to purchase the pill at the same cost that the school pays for it—twenty-five dollars. The school insists that the vending machine is in a room only accessible to students after they have checked in at the front counter of the Health Center (proving the age of the student trying to access it) and is generally well-received by the students, though not all agree with it. The vending machine is only available during the Health Centers hours.
People are worried about the vending machine becoming a problem, listing reasons like false security, loss of communication with a pharmacist, and increased promiscuity. Students can be lured into a false sense of security when the pill is being offered to them discreetly and without question, leaving them free to continually purchase it without possibly knowing the extent of what they are taking or what it does in terms of safety and pregnancy. The Plan B pill does not protect against HIV or STDs and only works if you’re not pregnant, though women may not know that. When forced to buy through a pharmacy, the pharmacist is able to warn women about the health risks, side effects, and information about the pill before it is taken. Having Plan B in the vending machine allows students to access it freely and may increase the amount of unprotected sex, leaving the students to think that Plan B is effective as regular birth control and safe to use on a regular basis.

I think they’re making a big deal out of nothing. The school has been allowing this for over two years and it doesn’t seem to have become a big problem yet. Why should it be a problem now? I can see the arguments as to why it shouldn’t be in a vending machine, and I do think that women need to understand what they are taking before they take it. It can have side effects such as lower abdominal pain, nausea, dizziness, and headaches, among others. I think that even though girls are allowed access to this, they should have a viable option for learning more about what they’re taking besides talking to a doctor or pharmacist. Women can be shy or embarrassed about what they have done. A better option is to have websites they can go to or pamphlets to inform them about the Plan B pill. The concerns are legitimate, but I think that if a girl is going to want the Plan B pill it is better to have a safe and trusted option to get it, rather than get it from an unsafe source or go to a pharmacy, which often doubles the price to get maximum profits for the pill.

The pill has been a great help to many women on campus during the two years the vending machine has been in service. Dr. Roger Serr, university vice president for student affairs states that, “Somewhere between 350 and 400 [doses] are being sold, that number allows us to assume Plan B is being bought by a student at least once a day.” Although it isn’t universally accepted, Plan B being available alongside condom and pregnancy tests will make sure that unplanned pregnancies decrease in a world where unplanned pregnancy is becoming more and more prevalent.